The Eurovision 2014 compilation makes it three weeks in a row at the top of the album chart ahead of Shakira's Shakira. which moves back up to No.2! Euphoric Clubland II debuts at No.3, Kylie Minogue climbs back up a place to No.4 with Kiss Me Once and Sweet California slide to No.5 with Break Of Day.
Posted by Richard at 21:20 No comments:

The Eurovision 2014 compilation stays at No.1 for a second week just ahead of Spanish girlband Sweet California who smash in at No.2 with debut album Break Of Day! Shakira's Shakira. dips a place to No.3, British pop group Go!Go!Go! enter at No.4 with Radio Go!Go!Go! and Kylie Minogue falls to No.5 with Kiss Me Once.
Posted by Richard at 23:08 No comments:

The Eurovision Song Contest 2014 compilation album follows all of its predecessors since 2001 to the top of the album chart, leaping up from No.12 last week! Shakira's Shakira. drops a place to No.2 after two weeks in control, Kylie Minogue falls a spot to No.3 with Kiss Me Once and the battle of the compilation albums is won by Now 87 which enters at No.4, just ahead of Top Hits at No.5, the first new edition of the Hits series for eight years!
Posted by Richard at 09:40 1 comment:

Can Ed Sheeran, Twin Atlantic and Shakira pull off their new musical directions?

I'm a huge fan of Ed Sheeran. I was willing him to do well right from the turn of the decade when I heard The A Team in 2010 due to his connection to Leddra Chapman, one of my favourite female singer-songwriters. A year and a half later he finally broke into the mainstream and has been unstoppable ever since. It's fair to say that with the exception of You Need Me, I Don't Need You and The City, Ed's debut album + was a bit of a soppy, ballad-heavy affair. But it sold in vast quantities so I was expecting him to come back with something similar to Lego House - I was wrong. Sing, the lead single from Ed's new album X, is a Pharrell Williams produced jam that sounds like a lost classic Justin Timberlake single. Ed's vocals sound stronger than ever with a daring falsetto chorus that soars across the fresh, funky bassline. This is Ed's Rolling In The Deep moment and it will be absolutely huge.

Scottish rockers Twin Atlantic showed promise with early heavy material such as Free and Make A Beast Of Myself, so fans had been heavily anticipating comeback single Heart And Soul. The verses are in unmistakably familiar territory with Sam McTrusty's instantly recognisable vocals where you can fully hear his thick accent shining through. But it's the chorus that is the surprise here - it launches straight into One Direction territory with a melody ripped straight out of their latest single Midnight Memories via the Def Leppard classic Pour Some Sugar On Me. It's a bizarre and strange change in sound for Twin Atlantic that seems to represent the sound of them pleading for commerical success, much in the same vein as You Me At Six's notorious Chiddy Bang collaboration Rescue Me, which the band have since disowned. It will no doubt prove to be their biggest selling single to date by winning over chart fans with that hooky pop chorus but early signs show that their core fanbase are unimpressed with the move. If the album proves to be more of the same then they could soon find themselves playing at Party In The Park rather than T In The Park!


Colombian superstar Shakira has never been one to stick to one sound. In the past two decades she's excelled on latin pop anthems La Tortura and Objection (Tango), impressed with quirky pop hits Whenever, Wherever and She Wolf and smashed with colourful party anthems Hips Don't Lie and Waka Waka (This Time For Africa). Her latest self-titled album is even more of a mish-mash of styles than usual with the reggae influenced lead single and Rihanna collaboration Can't Remember To Forget You sitting next to country duet Medicine with Blake Shelton and the Avril Lavigne-esque pop-rock of Spotlight. But it's new single Empire that stands out the most. Already a top 30 hit in the UK due to her impressive performance of it on The Voice, Empire is a Tori Amos meets Alanis Morrissette sounding angsty theatrical pop anthem with a grand chorus that channels Michael Jackson's Earth Song. In short it's like no sound Shakira has ever attempted before, but proving her versatility, she easily pulls it off.
Posted by Richard at 15:05 No comments: 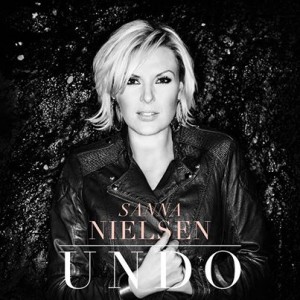 It's five weeks on top for Sanna Nielsen's stunning ballad Undo while Molly's Children Of The Universe makes do with 2nd place for the third week in a row! Duke Dumont and Jax Jones climb two places to a new peak of No.3 with their UK chart topper I Got U, John Martin stays at No.4 with Anywhere For You and Shakira leaps to No.5 with new single Empire!

The Colombian superstar also remains on top of the album chart for a second week with Shakira. while Kylie Minogue's Kiss Me Once stays put at No.2! Christina Perri debuts at No.3 with her second album Head Or Heart, Armin Van Buuren's A State Of Trance 2014 compilation soars to No.4 and Helene Fischer dips two spots to No.5 with her Best Of collection.
Posted by Richard at 18:25 1 comment: