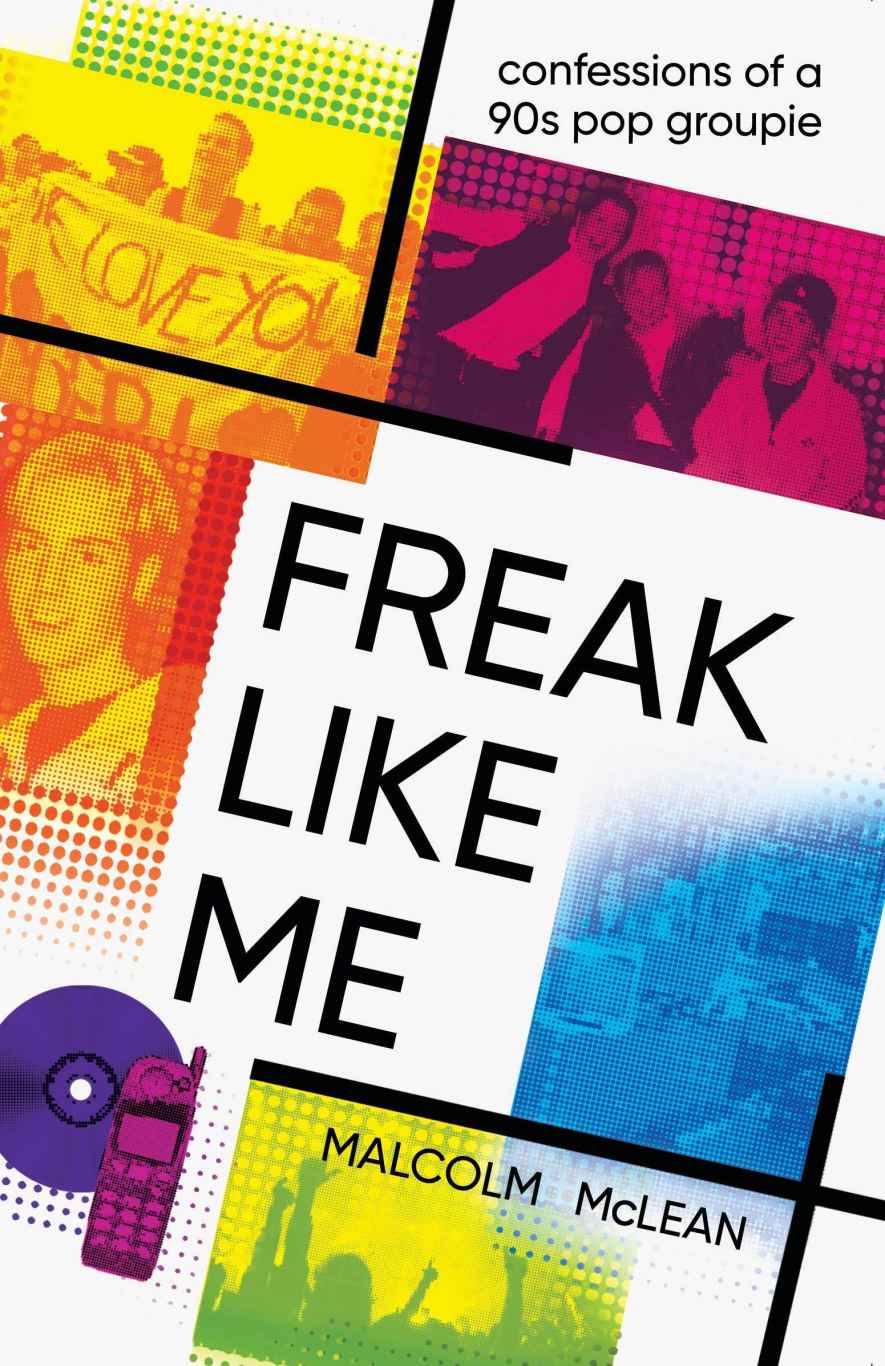 I was recently sent a review copy of Freak Like Me and it's probably the funniest and most relateable book I've read in years, transporting me back to a glorious musical time that I basically still live in in my head.

The book is the true story of a teenage pop fan who, with a group of like-minded outcasts, witnesses the disposable but incredibly fun music industry of the late nineties and early noughties first-hand. It details author Malcolm McLean's escapades as he stalks and gets to meet some of the biggest popstars of the day.

As the press release states: "This hilarious memoir is packed with scandalous gossip and poignant memories from the era of Nokia 3310s and dial-up internet, when chart positions meant everything and, if you wanted to know what your idols were up to off-screen, you had to track them down yourself!"

Malcolm was born in suburban Surrey in 1983. I was born four years later in Brighton in 1987, and while I didn't get up to any of the wild antics that he did, I did live and breathe the iconic 1997-2002 era of pop music covered in depth in this book, and was also bullied at school, with the charts and the pop (and dance) music of the era as my main escape.

But Malcolm went many steps further than I did with his pop obsessions. He even details how he painted his bedroom radiator in leopard print in tribute to an album cover of his beloved Eternal.

Many memories I thought only I had and songs and artists that I thought everybody else had forgotten are recalled in this book, and there are also numerous brilliant mentions of Eurovision, including how our 2006 entrant Daz Sampson started out, as part of cheesy Eurodance rap act Bus Stop in 1998.

He even saw Geri Halliwell's last ever performance with Spice Girls before the split in 1998 - although it wasn't on Viva Forever, as is widely reported, but was in fact as part of the England United supergroup on their dull MOR official World Cup anthem of that year. Who knew!?

This is a brilliant book and one that I wholeheartedly recommend to any pop fan, or anybody who grew up through the era.