Just over a year ago, Brighton-based singer-songwriter Sasha Jay released her debut EP, 'Learning By Experience'. She follows that release with another four-track EP, 'Reflect', which lives up to its title by finding Sasha in a reflective mood and really showing the progression she has made in the last year, both in terms of her personal growth and musically. The production and musical experimentation here shows a step up from Sasha's debut EP, introducing more instrumentation, exploring new genres and pursuing a more contemporary yet often mellower sound.

Lyrically Sasha is as strong as ever here, her words being her biggest strong point as an artist as she tells personal stories from the heart, in her unique but always thought-provoking and emotionally-charged way.

The EP kicks off with 'Where Did You Go?', an analytical tale that sees Sasha look at her past and to her family to better understand her present and "where things went all so wrong". Musically the song builds as it goes along while the backing vocals elevate Sasha's heartfelt lead vocal on the chorus.

Next up is a darker track, 'Alone', which draws on a particularly difficult personal experience. You can hear Sasha's anger on this song, particularly on the rapped verses and bridge which are accompanied by almost early Linkin Park style nu-metal piano chords, drums and backing synths.

Sasha sounds moments away from launching into Evanescence style belting here but keeps things restrained as she continues to detail her deepest thoughts: "take away all the bad, make me strong again, I can't carry on this way anymore". This is a powerful song and perhaps also the one with the most commercial potential, to the point you can imagine hearing crowds singing it at a festival.

Released as a single in October, 'Let Go' is the third track on this EP, and marks another musical right turn. The tropical steel pan backing of the verses, the vocal layering and the generally more chilled vibe compared to the previous track highlights Sasha's musical growth and exploration. Her crisp and distinct vocal is at its most controlled but also technically strongest on this song as she sings about the difficulty of having to let somebody go.

As the EP comes to its conclusion on the title track, 'Reflect', it becomes clear that the running order of the collection has been carefully curated to take the listener on a journey. Opening with stirring synths, the song sees Sasha rapping the social commentary of the verses as she also looks back over the last few years of her life and her actions, as well as those of the people around her, questioning whether they are as happy as they might seem on the face of it. "Scrolling screens from social media is now a daily addiction, comparisons of others depicting the perfect life, but what do we really want, is that what we really want, what we see in front of our eyes?".

As Sasha considers what she has achieved at the age of 29, she is cautiously optimistic about the future: "I know deep down that I'm halfway up the mountain, even when I feel like I haven't quite approached it", and ultimately ponders that as a society we tend to reflect more on the negatives of life rather than focusing on the positives. Following a diverting musical switch up in the instrumental middle-eight, the brooding synths return as Sasha closes out the EP. "What do I really want, is that what I really want?" she asks, ending on a question to both leave the listener wanting more and hoping that Sasha finds her answers.

The 'Reflect' EP is available to stream and download now. Listen on Spotify below: 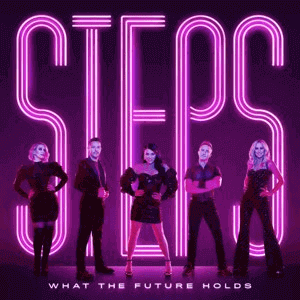